"They've got to find men to marry": Boris Johnson on why women attend university 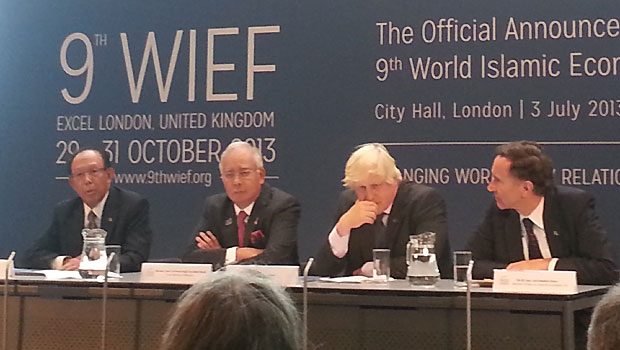 Boris Johnson has risked accusations of sexism after he told a City Hall audience that rising numbers of women are attending university in order to find a husband.

Johnson’s remark was made at last week’s launch of the World Islamic Economic Forum, where he appeared alongside the Malaysian Prime Minister Najib Razak.

Asked about the role of women in Islamic societies, Razak told the Evening Standard’s Pippa Crerar:

“Before coming here my officials have told me that the latest university intake in Malaysia, a Muslim country, 68% will be women entering our universities.”

After which Boris interrupted with the suggestion that:

“They’ve got to find men to marry”

The comment was greeted with widespread laughter as well as a few groans.

Last year Johnson was accused of being “disrespectful and patronising” to female members of the London Assembly, a charge he vehemently denied.

You can listen to the full exchange from last week below. Thanks to Martin Hoscik for the original recording.