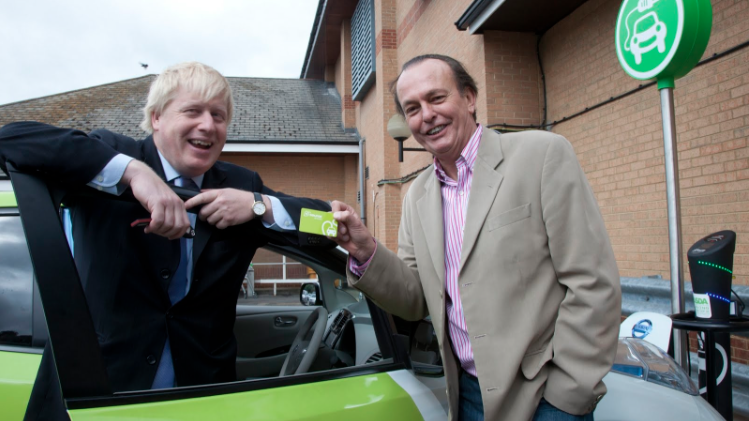 Just 851 people have signed up to Boris Johnson’s scheme to encourage 100,000 Londoners to use electric cars.

Three years ago TFL, the Department of Transport and a consortium of businesses pledged £60 million to install 7500 charging points across London by 2013.

However, only 1300 were installed and new figures reveal that just 851 Londoners have so far signed up to use them.

This means that here are now one and a half times as many charging points across London as there are people signed up to use them.

TfL are thought to have spent some £7 million on the scheme with the Department of Transport pledging a similar amount.

For the same amount of public money, the government could have bought a fleet of around 2000 brand new electric cars.

“Whilst it is good news that London’s network of charging points continues to grow, the fact that only 851 users are currently signed up highlights the limited impact of this project so far. We have consistently argued that the biggest impact on air pollution would be achieved by focusing on switching London’s 20,000 diesel taxis and 8,500 diesel buses to electric power, rather than focusing on private cars. These are the vehicles that clock up the most miles and create the bulk of air pollution in central London.”

Boris’s hope of encouraging 100,000 Londoners to use electric vehicles “as soon as possible” remains a long way off.

The DVLA told The Scoop today that there are just 5400 electric vehicles currently registered in the city.

The majority (two thirds) of these are mobility scooters. Just 999 are electric cars.

Boris Johnson initially promised to install an extra 7500 charging points across London but was forced to scale back the project following government cuts and objections from London boroughs.

A damning London Councils report also questioned the large amounts of public money being spent on the scheme:

“It is questionable whether it is appropriate or equitable to offer public subsidies to support the purchase of electric vehicles. Electric vehicles would be most accessible to business users and to households with access to off-street parking (for overnight charging), and the resources to purchase a vehicle in order to benefit from heavily subsidized private travel, thus giving the impression that significant public subsidy is being made available to those who may in fact need it least.”

Boris’s plans to set up an electric car hire scheme also appear to have been put on hold.