We don't have Brian Coleman to kick around any longer. And that's okay. 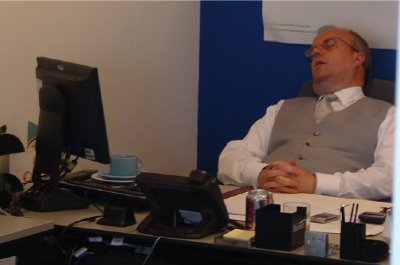 In the end the shredders weren’t required that time, and Coleman was re-elected for yet another term of front page controversy, public slanging matches, and taxpayer-funded taxi fares.

A regular feature not just in the local press but also in the tabloids, Coleman has good claim to being called the most famous local politician in Britain. In any case, he is certainly the most famous London Assembly Member ever, gathering more press coverage than all of the others put together.

Coleman first hit the headlines after claiming for £10,000 worth of taxi fares in just one year on the Assembly. This was long before the expenses scandal, and the current era of austerity, but the intervening years have not lessened Brian’s spending power.

In his second role as chairman of London’s Fire authority, Brian has spent thousands of pounds on official lunches, wine and flowers for his friends and colleagues. When not dining at our expense, Coleman accepted countless gifts and meals from the rich and powerful, including a £350 luxury hamper from the boss of a company later awarded a multimillion pound contract by the brigade.

Not happy to merely live the good life, Brian has made it his mission to offend as many people as he possibly can. Britain’s Olympic atheletes were told that they had “the blood of Tibetans” on their hands whilst a woman beaten by the police was told that she had got what she deserved. A woman struggling to pay her rent was told to “live in the real world” and London’s firefighters were accused of being thick thugs.

He called a nurse at a public meeting a “twat” and made a canteen worker at his offices cry. And in the first case of it’s kind, Coleman was censured for sending an abusive message to a blogger, and not the other way around.

In the process he has made many enemies but also a few friends. Speaking to his opponents on the London Assembly, I have often been surprised at the warm words they express for a man who in public seems so difficult to like. Perhaps there’s another softer side to him that we haven’t seen. A kind heart that only a mother can see. And indeed Coleman’s mother has seen that side, being his regular chaperone at public functions. Her taxi bill has of course, often been charged to us.

But as the years went by, the number of Coleman’s friends dwindled and his number of enemies grew. “He’s just pissed off too many people” admitted one of Brian’s most loyal defenders to me recently.

Amongst those most pissed off were Brian’s constituents. His decision to hike parking charges in Barnet was deeply unpopular with people who might otherwise be his core supporters. A growing coalition of bloggers, politicians and even Tory-supporting activists launched a highly successful campaign against him. Posters urging people to “vote Boris, sack Brian” were designed, petitions were launched and even a film was premiered.

Rather than change his policy or try to win over his critics, Brian typically went on the attack. As one opinion poll showed that he was likely to lose his Assembly seat, Brian went on the rampage in Barnet, haranguing shopkeepers who had put up posters criticising him for the “murder of Barnet’s high streets.”

“He was going mad and shouting. He was right in my face and wouldn’t leave when I asked him. He was intimidating” said the owner of one hair salon. “It was really quite distressing” said the owner of another shop. He later released images from a CCTV camera showing Coleman entering the sweetshop and shouting at the owner. Another image just showed Coleman standing by the till with his head in his hands.

If England is a nation of shopkeepers then Brian was intent on losing their votes one by one. And when the final tally came in from the Assembly elections last week Coleman had lost his 20,000 majority and was 20,000 behind his Labour opponent Andrew Dismore.

With his high-spending, high-offending ways, Coleman represented the very worst of local politics. The perfect archetypal Tory boor, his loss will in some ways be felt more by his political opponents than by his own party.

Without him, the London Assembly will probably be a far duller body to watch. It will also undoubtedly be a better one.