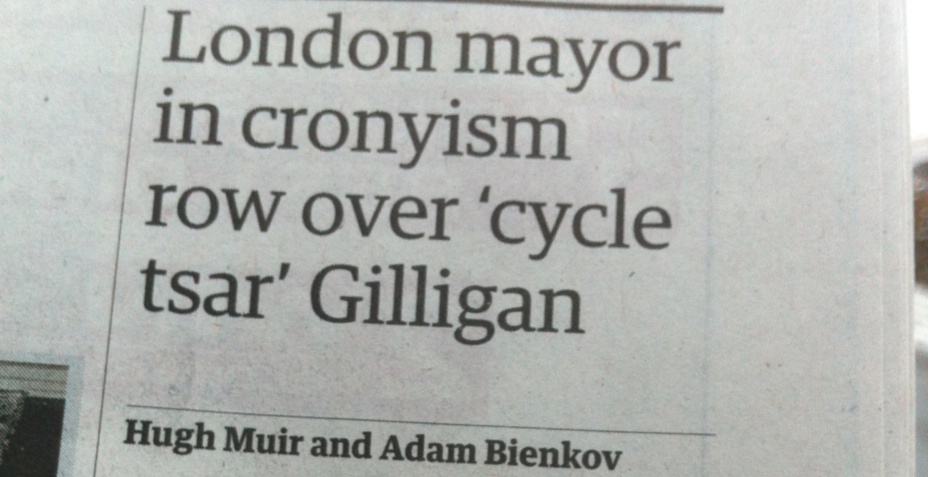 Andrew Gilligan was the only person interviewed for a job as Boris Johnson’s new “cycling commissioner” City Hall said tonight.

The appointment has led to accusations of “cronyism.”

The two men have been friends and colleagues for many years.

Gilligan’s articles about former Mayor Ken Livingstone formed a large part of Johnson’s election campaigns in both 2008 and 2012.

A spokesperson for the Mayor said today:

“Nobody else was interviewed. The Mayor is entitled to make up to 12 [political] appointments… and Andrew Gilligan is one of these. The Mayor chaired an interview with Andrew Gilligan to ensure he was an appropriate appointment. The interview panel also consisted of his Chief of Staff, Head of Paid Service and the Deputy Mayor for Transport.”

The Scoop broke news of Gilligan’s appointment last week but it was only officially announced today.

Gilligan will join his former editor Veronica Wadley who has also taken a £95k job with Boris as his “volunteering tsar.”