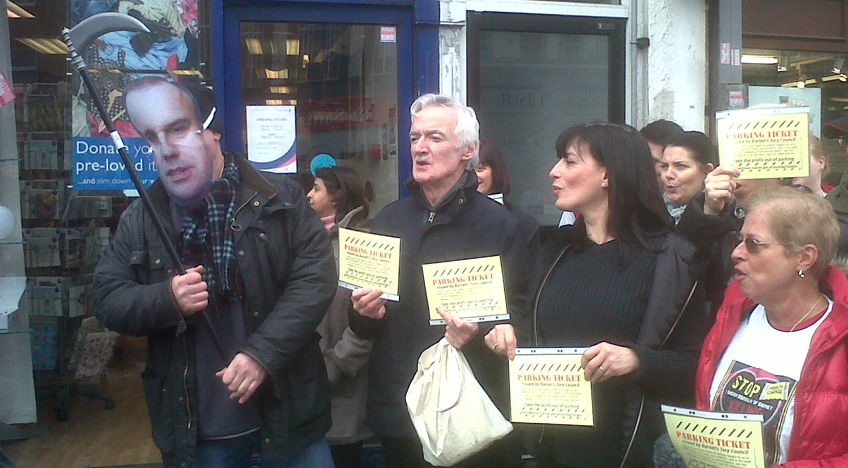 The Barnet and Whetstone Press report that:

According to those at the scene, Coleman was involved in a confrontation with a cafe owner in North Finchley after she saw him parking in a nearby loading bay.

Buzz Cafe owner Helen Michael allegedly tried to take a picture of Coleman after which an assault took place.

Earlier this year Helen Michael was summoned to a meeting with Barnet Council after she produced a series of posters accusing Coleman of “murdering” Barnet’s high streets with high parking charges.

The highly effective campaign was widely credited with losing Coleman his seat on the London Assembly, his chairmanship of the London Fire Authority, and his place on Barnet Council’s cabinet.

FRIDAY UPDATE Brian Coleman has been released on bail. A spokesperson for the Metropolitan Police said:

Were you at Buzz Cafe? Did you see what happened? Email us at [email protected]