The cycle safety campaign risks scaring cyclists off the road 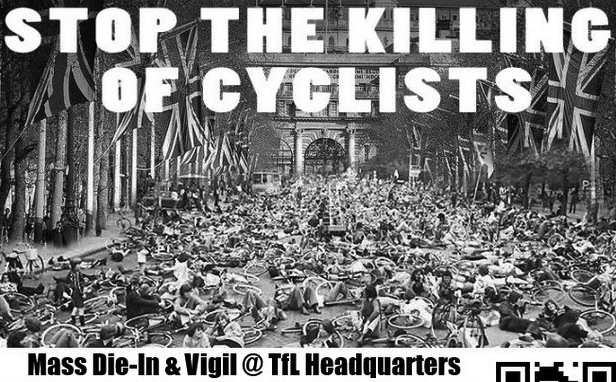 There’s a worrying poll out today which found that one-in-five cyclists in London have given up cycling altogether, following a spate of high profile collisions and casualties.

The findings are based on a small sub-sample of cyclists and so should be read with care, but it is a sign of something I’ve been worrying about for some time now. It’s the worry that the campaign for safer cycling – well-intentioned as it is – could actually be making cycling less safe in London.

By remorselessly highlighting every cycling death in London with events like the “TfL Die In” the campaigners actually risk frightening cyclists and potential cyclists off the road.

They risk creating a climate in which the public believe that cycling is becoming ever more dangerous in London, when the real story is much more complex.

Today’s poll found that 51% of Londoners believe cycling is more dangerous than it was a year ago. But in reality, the overall number of deaths has come down slightly in recent years despite a big rise in the number of cyclists going on the roads.

And while the rate of serious injuries has increased, it is possible this is partly the result of lots more inexperienced cyclists taking up cycling in the past few years.

The big aim of cycle campaigners should be to make cycling look as attractive as possible in order to encourage a critical mass of cyclists onto the road. My worry is that the recent campaign to highlight problems with cycle safety could be having the opposite effect. It could in short, be falling victim to its own success.

It’s a difficult balance to find. On the one hand, the campaign to highlight cycle safety has put real political pressure on local and national government for more investment and protection for cyclists. If that in turn makes the streets safer for cycling then more people will take it up in time.

But if the tactics of the campaign simply terrify thousands more potential cyclists off the road, then we could simply be taking one step forward in order to take two steps back.